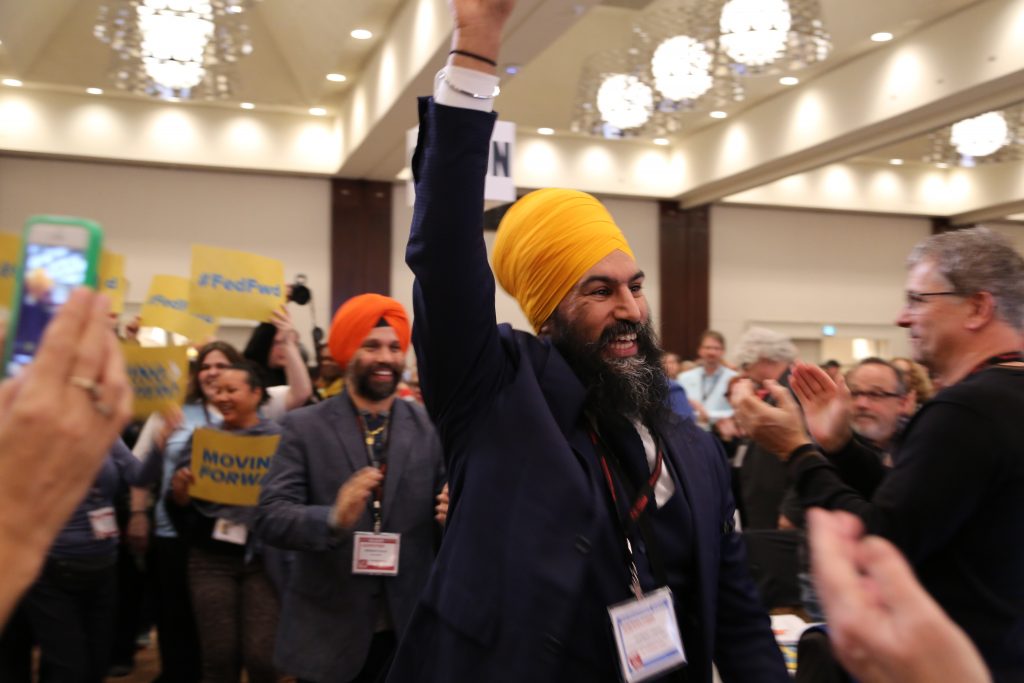 Leader of the federal NDP, Jagmeet Singh, brought an invigorating, progressive message to the Ontario Federation of Labour’s 14th Biennial Convention on November 21.

To a packed and buzzing crowd, Singh opened his address with, “big ups,” for labour’s principled and effective activism in Ontario.

Singh referred to both the tireless work of people across the province, but also to the essential amendments that their activism in coordination with the Ontario NDP,  made possible in the final iteration of Bill 148.

Singh congratulated Horwath’s team in defending workers’ rights, saying, “The only party that stood up for workers was the Ontario NDP party and Andrea Horwath.”

“Society is better, stronger and more vibrant when people are empowered,” said Singh.

He pledged to oppose inequitable funding that continues to leave Indigenous children behind, to address the challenges of climate change, to end carding and racial discrimination, and also to address the opiate crisis facing communities across the country.

“If our goal is harm reduction, let’s save people’s lives,” Singh said. “That’s why I’m calling for the full decriminalization of all personal possession offences.”

The federal Bill C-27 proposes changes that would give employers a pathway to transfer workers’ pensions from defined-benefit to unreliable target-benefit plans, in a move that betrayed election promises. Singh pledged to strongly oppose this bill, and also to fight to improve protections.

“We’re going to oppose the continual and ongoing pension theft in this country,” he said. “We need pensions protections and banking laws that put workers first over banks and profits.”

In closing, Singh pledged his party’s support for workers, but also asked delegates to join the federal NDP’s push for a progressive future, saying that, together, “We can build a society in which there’s justice for all.”