OFL Statement on the International Day Against Homophobia and Transphobia, May 17, 2016 | The Ontario Federation of Labour

Generations United Against Homophobia and Transphobia:

Around the world, May 17 is recognized as the “International Day Against Homophobia and Transphobia” – a day of action, awareness and affirmation of the fundamental rights of lesbian, gay, bisexual, trans-identified and Queer-identified (LGBTQ) people. On this day, the labour movement joins the LGBTQ community and allies in fighting for equality and celebrating the contributions made by LGBTQ people to our workplaces and our society. The date of May 17th was chosen to commemorate the 1990 decision of the World Health Organization to declassify homosexuality as a mental disorder.

The Montreal-based organization, Fondation Émergence, has chosen a theme “Homophobia and Transphobia Affect All Ages” for its 2016 campaign theme. This theme recognizes the incredible changes witnessed by LGBTQ seniors, as well as the lifelong impact of homophobia and transphobia.

“LGBTQ seniors have lived through a lifetime in which their relationships had no legal standing, their sexuality was classified as a crime with significant penalties and their sexual orientation and gender identity was considered a mental disorder. That kind of prejudice leaves deep scars on a community that aren’t easily erased,” said Ontario Federation of Labour (OFL) President Chris Buckley. “Despite recent legal victories, many LGBTQ people continue to face harassment, discrimination and assault as part of their daily lives. The labour movement will continue to fight for justice alongside the LGBTQ community until every person can live and work in dignity.”

This year, the OFL is marking the International Day Against Homophobia and Transphobia by adding its voice to the ‘We Demand an Apology Network.’ The Network brings together researchers, allies, advocates and people who were directly affected by Canadian national security campaigns to purge ‘homosexuals’ from the public service, RCMP and Canadian military.

“From the 1950s to the early 1990s, hundreds, if not thousands, of people lost their jobs and careers in the public service, the RCMP and the military simply because they were lesbian or gay,” said OFL Secretary-Treasurer Patty Coates. “If the injustices against LGBTQ people in Canada are to be addressed, there must be a pardon for those convicted and a state apology to those who lost their jobs and careers simply because of who they loved.”

The OFL will continue to work with the Canadian Labour Congress, affiliates and community partners to fight for fairness and equality for LGBTQ people in every workplace and every community, as well as full legal rights for trans people under Canada’s Criminal Code and Human Rights Act.

“From the early ‘Stonewall’ days of bar and bath house raids to the fight for Trans human rights today, revolutionary activists inspired generations of LGBTQ people to ‘come out,’ get organize and refuse to be passive victims of prejudice and discrimination. It is with thanks to their courage, energy, and resiliency that my generation and those that follow can enjoy much greater freedom,” said Chandra-Li Paul, OFL Solidarity and Pride Vice-President. “As yesterday’s trailblazing LGBTQ activists become our elders today, they face another challenge — a fight for the dignity and respect in retirement, in senior care and in their families. We cannot allow them to be forced back into the closet.” 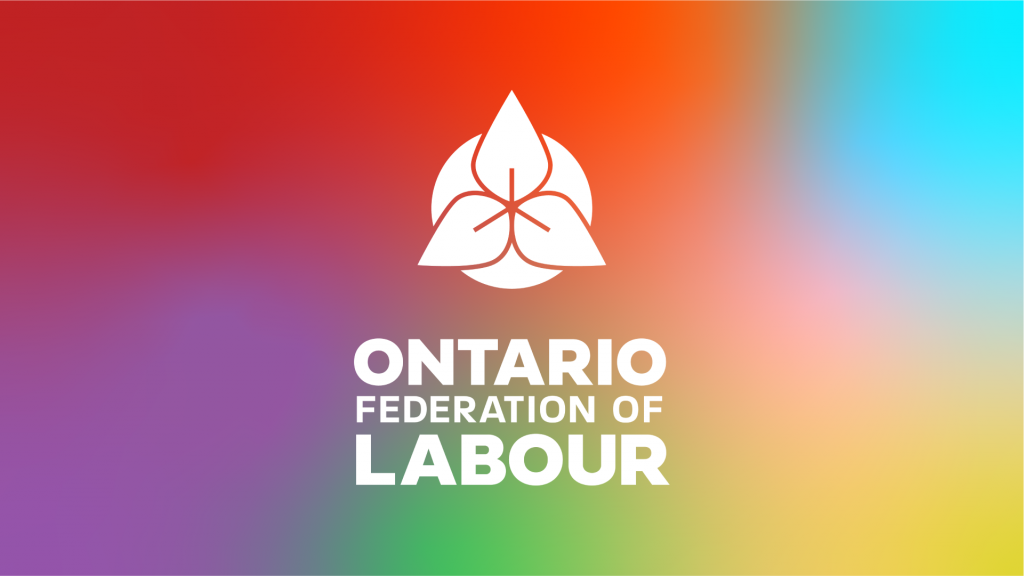 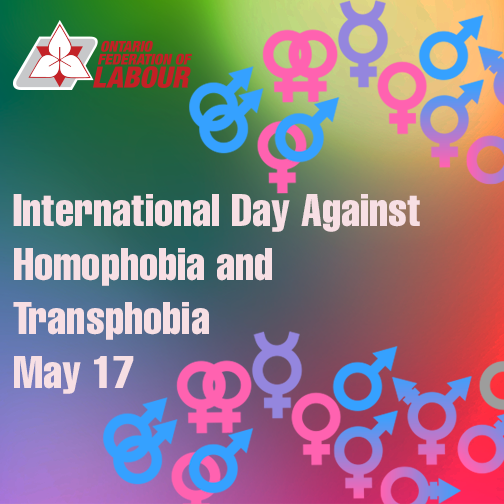 OFL Statement on the International Day Against Homophobia and Transphobia

On 17 May 1990, the General Assembly of the World Health Organization (WHO) removed homosexuality...
Read More