OFL statement for the Day of Mourning: One is too many. No one should die on the job. | The Ontario Federation of Labour

OFL statement for the Day of Mourning: One is too many. No one should die on the job. 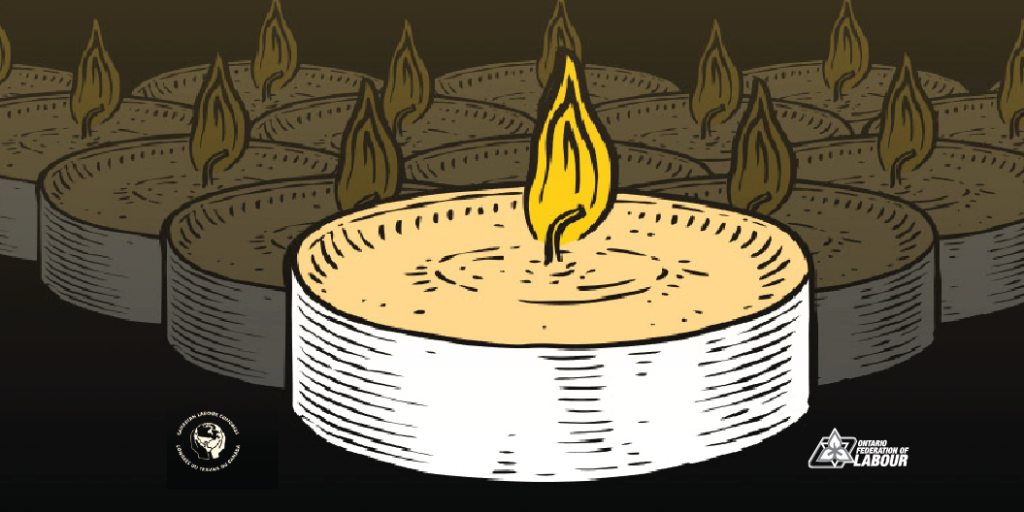 On the National Day of Mourning we remember workers killed or injured on the job and commit to continuing the fight for laws that improve and enhance worker health and safety across Ontario and Canada.

“Workplace injuries and deaths are fully preventable, and the Ontario government must put health and safety first by putting worker safety at the forefront,” said Ontario Federation of Labour President Chris Buckley.

Precarious jobs are dangerous jobs, and the PC government took away decent work laws with Bill 148, and cancelled the $15 minimum wage, leaving millions of workers trapped in precarious work.

Workplace injuries are on the rise in Ontario. In March it was reported that lost time injuries have increased by 33 per cent since 2015 and in 2018 work-related fatalities rose to 228.

The OFL’s enduring theme for April 28 is “Mourn for the Dead. Fight for the Living.” As part of its campaign, the OFL continues to ensure that criminal investigations are held whenever a worker dies on the job.

The labour movement has won victories by pushing for criminal investigations into worker injuries and deaths, demanding that criminal charges are laid when it is appropriate. The “Kill a Worker, Go to Jail” campaign was instrumental in the conviction of a construction manager after four workers were killed and one injured at Metron Construction.

“Every worker should come home safe to their family at the end of the day,” said Buckley.

This April 28, the OFL joins the Canadian Labour Congress in calling on provincial and federal governments to make the changes that will improve workplace health and safety across Ontario and Canada

You can take action by writing to the Minister of Labour in favor of these changes for worker health and safety.

The OFL Power of Many is a campaign by the Ontario Federation of Labour and its allies in communities across Ontario, working together to protect and win decent work laws, strong public services, along with equality and justice, as well as safe and healthy workplaces and communities for all.