OFL Responds to Election Results | The Ontario Federation of Labour 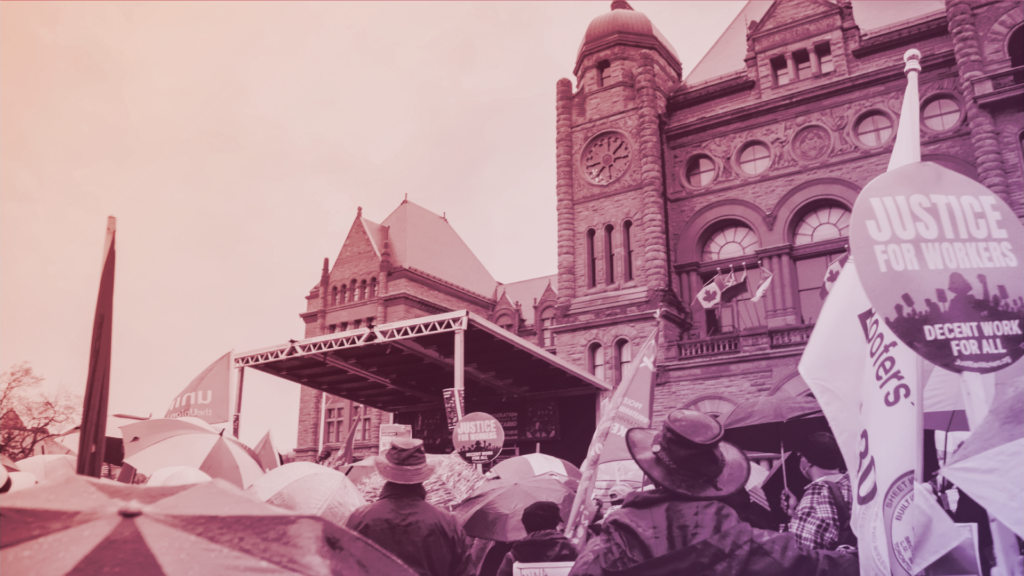 We will continue building a fighting labour movement

TORONTO – The Ontario Federation of Labour says workers are ready to hold Ford’s Conservative government to account, following Thursday night’s election results. The re-election of Ford’s Conservatives comes at a time when Ontarians are facing a skyrocketing cost of living, and urgently need measures to address affordability.

“Ford’s playbook of buddying up to big businesses and backtracking on bad decisions isn’t going to cut it this time around,” said Patty Coates, Ontario Federation of Labour President. “We know what workers need, and we will continue to fight for it.”

In the lead-up to the election, the Ontario Federation of Labour called for a “workers-first agenda,” which included a $20 minimum wage, decent work, affordable housing, permanent paid sick days, well-funded public services, livable income support for all, climate justice, and an end to racism and oppression. These demands were the cornerstone of a province-wide day of action on May 1.

“Ford spent his election campaign touting support for workers. If Ford’s Conservatives truly want to work for workers, their first action will be the immediate repeal of Bill 124 and implementation of the workers-first agenda demands,” added Coates.

Ford’s re-election also comes at a time of unprecedented strike action in the province, according to the Ontario Federation of Labour. “Workers have raised expectations about what they should earn for their work. They will be demanding more at the bargaining table, and from their government,” said Coates.

The Ontario Federation of Labour will hold a virtual election debrief on Wednesday, June 8 at 6:00 p.m. For more information visit ofl.ca/election-debrief-2022.