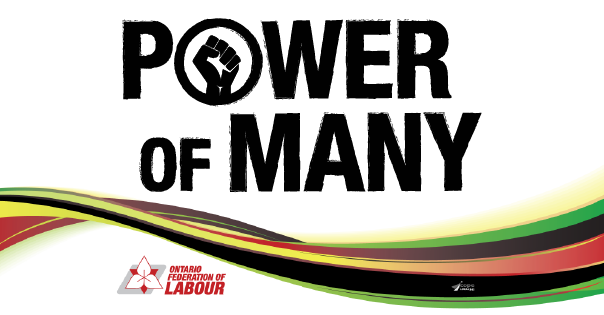 The Ontario Federation of Labour is outraged and demands action, in solidarity with Black, Brown, Indigenous and all communities of colour, in the fight to end racism and white supremacy and joins the call for a full investigation into the death of Regis Korchinski-Paquet.

“Over and over again, we see the lethal effects of over-policing of communities of colour. This racism holds us all back,” said Ontario Federation of Labour president Patty Coates. “Racism is a scourge on our society. Together we will work to stop hate. The labour movement joins wholeheartedly in the call by Not Another Black Life for transparent and complete investigation into the death of Regis Korchinski-Paquet.”

In Toronto on Saturday, thousands of peaceful protestors took to the streets. Overnight, following the murder of George Floyd by police officers in Minneapolis, police across the United States have used tear gas and rubber bullets against those protesting police brutality. Video has shown a black reporter arrested while a white colleague was left to do his job, and police vans driving into crowds of protestors.

“Violence by the police against People of Colour is not just a US problem,” said OFL Secretary-Treasurer Ahmad Gaied. “Indigenous, Black, and other racialized communities are subjected to far too many incidents of violence from the police, as well as the discriminatory practice of carding. Racialized people cannot move freely in our own communities. This has got to stop. Black lives Matter.”

It has been estimated that Black people are 17 times more likely to be carded in downtown Toronto and 3 times more likely in Brampton and Mississauga. The data that has been collected through carding has had a negative impact on many law-abiding citizens including loss of employment and education opportunities.

“The damage white supremacy does to racialized communities and society as a whole must be stopped,” said OFL Executive Vice-President Janice Folk-Dawson.  “In our collective grief, we must act to achieve justice and end the violence against the Black community now.”

Anti-Black racism is a fatal, destructive force in our society afflicting racialized communities and holding us all back. Canada’s unions are committed to fighting against all forms of discrimination and calling for urgent, systemic change.