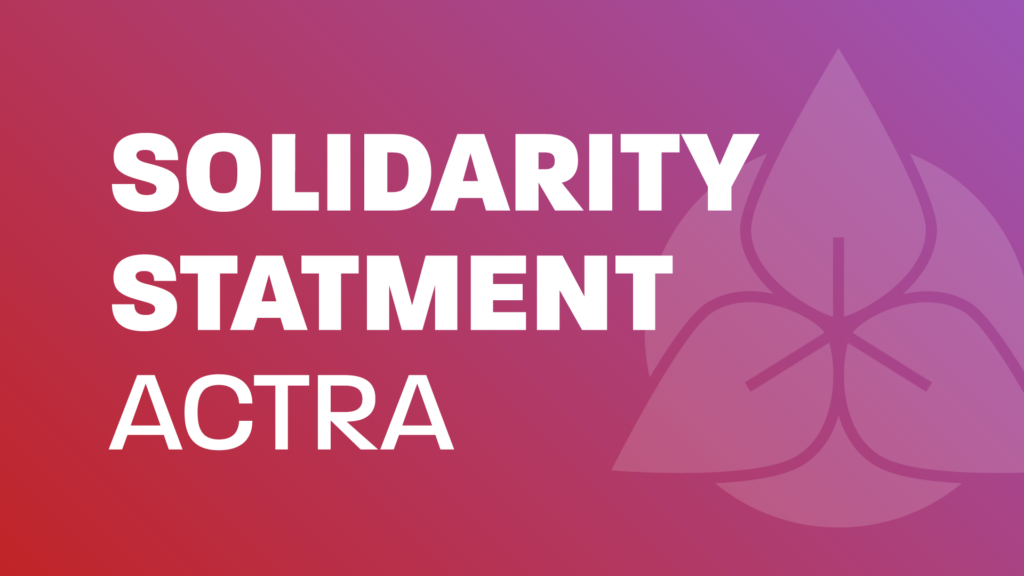 On behalf of the Ontario Federation of Labour and the one million workers we represent – a community of which ACTRA members are a part of – we are standing shoulder to shoulder with you in your struggle to secure a fair and free collective agreement.

Your fight is our fight.

For over six months, you have shown tremendous strength and perseverance, fighting back against the ICA and its attempt to slash your pay, health benefits, retirement contributions, and workplace protections, and replace your labour with non-unionized workers.

You are part of a larger struggle that is happening across the province, country, and the globe. Workers – who bargained in good faith for the protections and provisions of their collective agreement – are fighting to raise the standard of decent work not only for themselves but for all workers, union and non-union alike.

It’s up to us, the workers, to decide what kind of world we want for our children and for future generations. No one but us is going to fight for it.

Thank you for taking on this fight. We are united in your call to the ICA to return to the bargaining table and reach a deal that will end this illegal lockout of 28,000 ACTRA members.

The labour movement and our allies stand in solidarity with you.