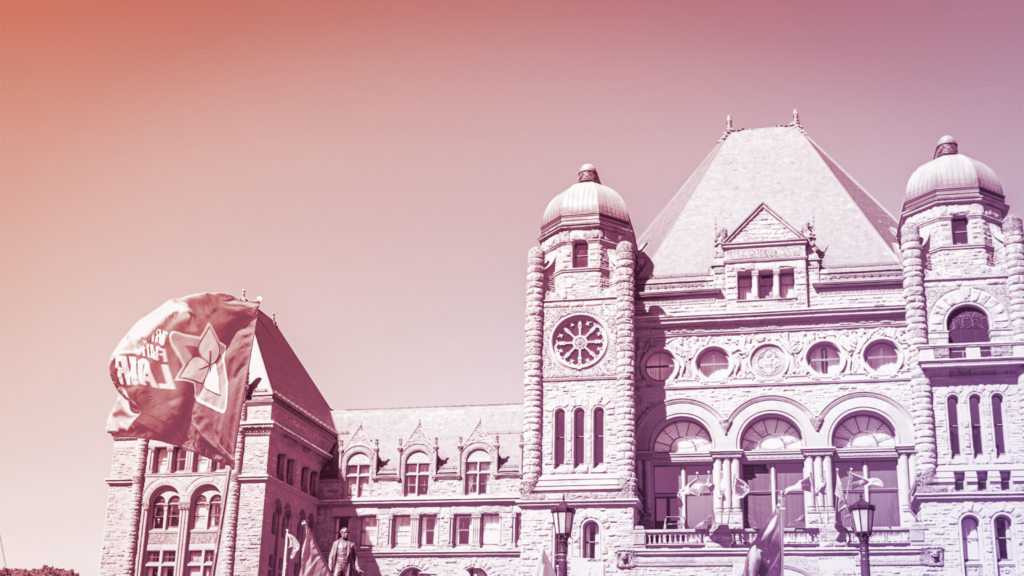 TORONTO – The Ford government’s introduction of the Keeping Students in Class Act is a full-frontal attack on basic labour freedoms in Ontario, says the Ontario Federation of Labour (OFL).  The legislation pulls the plug on bargaining with education workers and imposes an unreasonable four-year contract.

“Today is a dark day for Ontario workers. By introducing this legislation before education workers have even exercised their Charter-protected right to strike, the Ford government is attempting to short-circuit the bargaining process and strip workers of a fundamental freedom,” said Patty Coates, Ontario Federation of Labour President. “Doug Ford and his government are once again telling workers across the province that their rights don’t matter.”

The Charter of Rights and Freedoms enshrines Canadians’ right to a free and fair collective bargaining process, and the Supreme Court of Canada has found that the right to exercise economic sanctions (i.e., the right to strike) forms an integral part of that process. In addition to violating workers’ constitutional right to strike, the Keeping Students in Class Act enforces a concessionary contract on Ontario’s 55,000 education workers – the lowest paid workers in the education system – many of whom are women workers and workers of colour.

The bill unilaterally imposes woefully low wage increases – well below inflation – on low-income employees who have previously been subjected to 3 years of 1 per cent increases under Bill 124; inadequate protections against job cuts; no paid prep time for education workers who work directly with students; a cut to the sick leave/short-term disability plan; and many other imposed terms which penalize employees. All told the imposed compensation changes amount to a mere $200 in the pockets of workers earning on average $39,000 and facing 7 per cent inflation.

Ford’s Conservative government plans to ram through this legislation that tramples on workers’ rights by once again invoking the notwithstanding clause; this time, the Keeping Students in Class Act overrides Ontario workers’ constitutional rights for up to five years. This clause allows the government to override almost any section of the Charter through a vote of the legislature. The Ford government’s use of these extraordinary powers is a clear attack on the democratic rights of workers, according to the OFL. The Ford Conservatives are the first Canadian government to use the notwithstanding clause to override constitutionally protected labour rights.

“The labour movement calls on the government to withdraw this legislation, get back to the bargaining table, and negotiate in good faith. Education workers deserve a fair deal, not a contract imposed on them by law,” added Coates.

“The Keeping Students in Class Act is an attack on every union member, every worker, every student, and every parent in this province. If we allow Doug Ford to get away with it, all other workers will face the same threat: contracts imposed by law instead of free collective bargaining. We won’t let it happen. We will defend the right to fight for our schools, good jobs, decent wages, and a better life.”

The OFL will be holding an emergency rally on November 1, 2022 at 5:00 p.m. at the Ministry of Labour headquarters, 400 University Ave., Toronto.