Learn, Unlearn, and Reflect: September 30 | The Ontario Federation of Labour 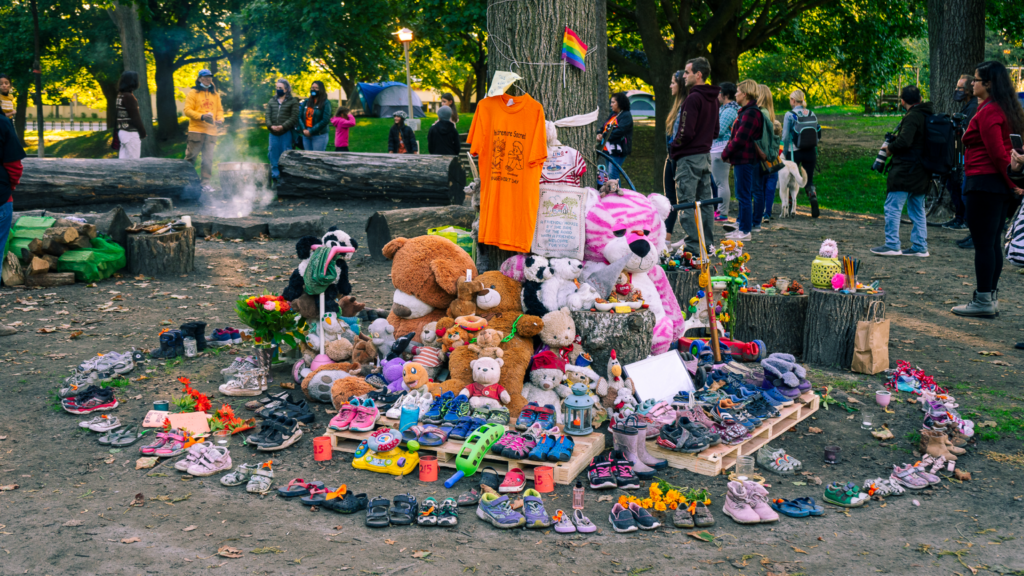 Friday, September 30 marks the second National Day for Truth and Reconciliation. Efforts for truth and reconciliation must go beyond land acknowledgments, and thoughts and prayers to become real action. The Ontario Federation of Labour encourages settlers, those who came to Canada as enslaved peoples, newcomers, and those who are not part of First Nations, Métis, and Inuit communities, to make a plan for September 30 to learn, unlearn, and reflect.

Last year, the discovery of the remains of thousands of children highlighted the atrocities of the residential school system. This year, the federal government promised $1.9 million in funding to investigate more potential burial sites, linked to former residential schools.  While this is a step in the healing proposed seven years ago by the Truth and Reconciliation Commission, it still leaves families and communities waiting for answers.

This year, Pope Francis apologized for the abuse committed by the Catholic Church in residential schools. Survivors made it clear that this apology didn’t go far enough, and that more will be required for true reconciliation.

In preparation for September 30, it is critical to remember that these abuses are only one part of ongoing colonialism. Empty promises and delayed apologies do not begin to address the urgent changes needed to move forward.

The mistreatment of Indigenous people continues today. In another public apology last June, the Toronto police chief, confirmed that Black and Indigenous communities have long been over-policed.    Apologies without marked changes in behavior are meaningless, and only insult the impacted communities.

In Ontario, there is an epidemic of Missing and Murdered Indigenous Women, Girls, and Two-Spirit people. Dozens of First Nations communities lack clean drinking water. There is a disproportionate number of Indigenous children in foster care. Seven years after the completion of the Truth and Reconciliation Commission, the federal government claims that 17 of the 94 Calls to Action have been completed, yet Indigenous organizations argue that in fact only five have actually been completed.  This is clearly not enough movement, and signals that this is not a priority.

Three years after the National Inquiry into Missing and Murdered Indigenous Women and Girls, real action still needs to be taken to address the 231 Calls for Justice, as little progress has been made.  There have been promises of funding, but not much has been done to directly support survivors and their families.

As a colonial nation, Canada has a long way to go to address the legal, systemic, and normalized racism rooted in the fabric of this country. The National Day for Truth and Reconciliation should serve as a time for reflection and acknowledgement of this history and its present-day implications.

On September 30th, read, research, share, and join a local action.  Let our actions not be limited to a day, but to a concerted and constant effort to change.

Here are resources and actions you can take:

Here is a list of planned National Day of Truth and Reconciliation actions and events across the province: