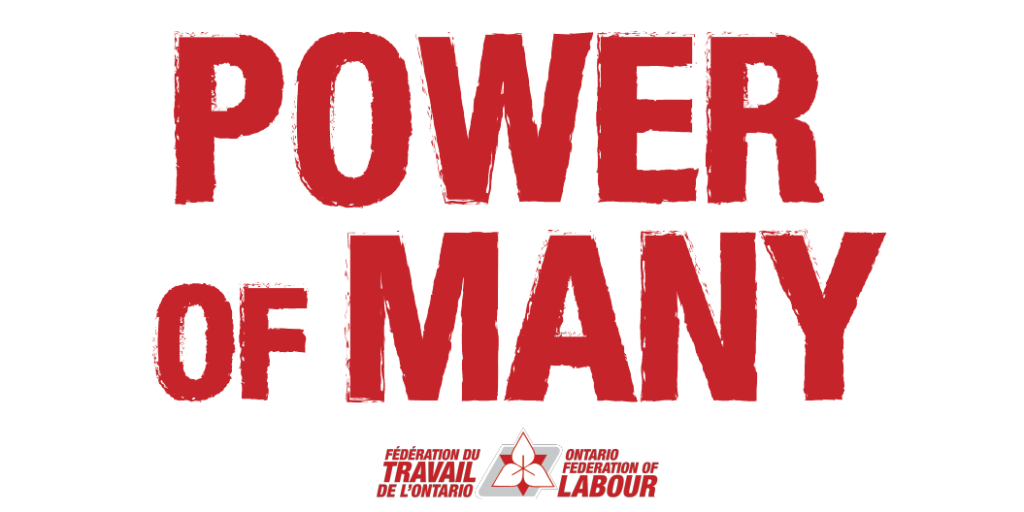 (TORONTO, ON) – On May 1, the Ontario Federation of Labour stands with workers here at home and around the globe in common purpose and solidarity.

Under the PC government, the fight for workers’ rights has taken on a new urgency.

One of the government’s first acts was to remove decent work laws and cancel the $15 minimum wage. Ford and the PCs are now planning devastating changes to public health care, public services, and education. Workers are already losing their jobs, despite Doug Ford’s election promise that no jobs would be lost.

Workers across the province will not accept these cuts.

“The labour movement stands with Ontario families struggling because of the government’s devastating policies. We will not let Ford get away with these cuts that hurt the most vulnerable people in the province,” said Ontario Federation of Labour President Chris Buckley. “This government does not have a mandate to cut the public services every Ontarian depends on, or to dismantle health care, public education, and public services.”

For more than a century, International Workers’ Day has celebrated the achievements of the labour movement including the establishment of labour standards and occupational health and safety standards. Today, these hard-fought victories must serve as an inspiration as we stand together to protect and win changes that will improve conditions for all workers, whether they are in a union or not.

The majority of Ontarians don’t want Ford’s cuts. The OFL Power of Many campaign fights to protect and win decent work, strong public services, equality and justice, as well as safe and healthy workplaces and communities for all. Get involved at powerofmany.ca.

As a Power of Many we celebrate the gains we have made together and fight for workers’ rights. Happy International Workers’ Day.