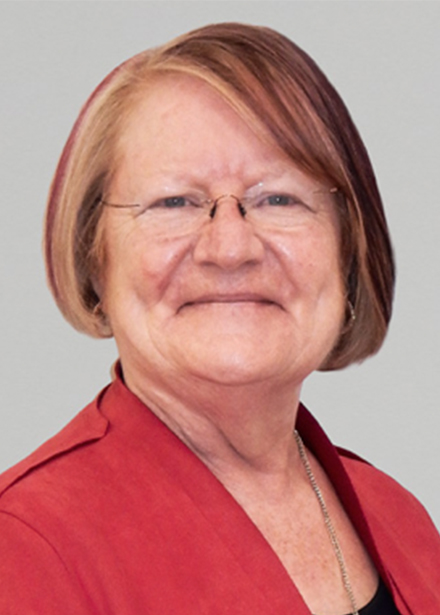 Janice Folk-Dawson is the Executive Vice-President of the Ontario Federation of Labour. She was elected at the OFL’s Power of Many 15th Biennial Convention in 2019.

Janice Folk-Dawson served as a Vice-President on the Executive Committee of the Ontario Federation of Labour (OFL) representing Labour Councils. She has also served in the capacity of President of the Guelph & District Labour Council for 14 years, working tirelessly to bring affiliates together with allies to advance a progressive agenda for the Guelph community.

Janice is a working class feminist who roots herself and her actions in the principles of peace, equity & solidarity. Having suffered a workplace injury in 1995, Janice has also been a tireless advocate for the rights of injured workers.

Janice has been a unionized public sector worker for over 40 years, first with NAPE in Wabush, Newfoundland and Labrador and for the last 32 years with CUPE at the University of Guelph as a support worker.

Since starting work at the University of Guelph in 1986 Janice has always been an active member of her local, CUPE 1334. Over her career she has served as a steward, health and safety representative, pension representative and Vice President.

In 2001 Janice was elected as President of her local, serving as the spokesperson in numerous rounds of bargaining. During these rounds her local has seen gains including contracting-out and job security protections, pension improvements, across the board wage increases, and the conversion of precarious, temporary jobs to full time positions with benefits.

In 2003 Janice was also elected as the Chair of CUPE Ontario’s University Workers Coordinating Committee, joining the CUPE Ontario Executive Board. In her role Janice has supported countless University locals at the bargaining table while building partnerships with our allies in the student movement.

Janice has also been active with numerous allies and campaigns including $15 & Fairness, Six Nations and the Haudenosaunee Confederacy Council, Wellington Water Watchers, United Against Racism, the NDP and the Council of Canadians. Janice was also a co-founder of the We Are Guelph organization, formed to maximize progressive representation in the municipal elections.

Janice lives in Guelph with Bob, her life partner of 42 years, and is the proud mother to Dylan, currently completing his Paramedic diploma at Humber College.