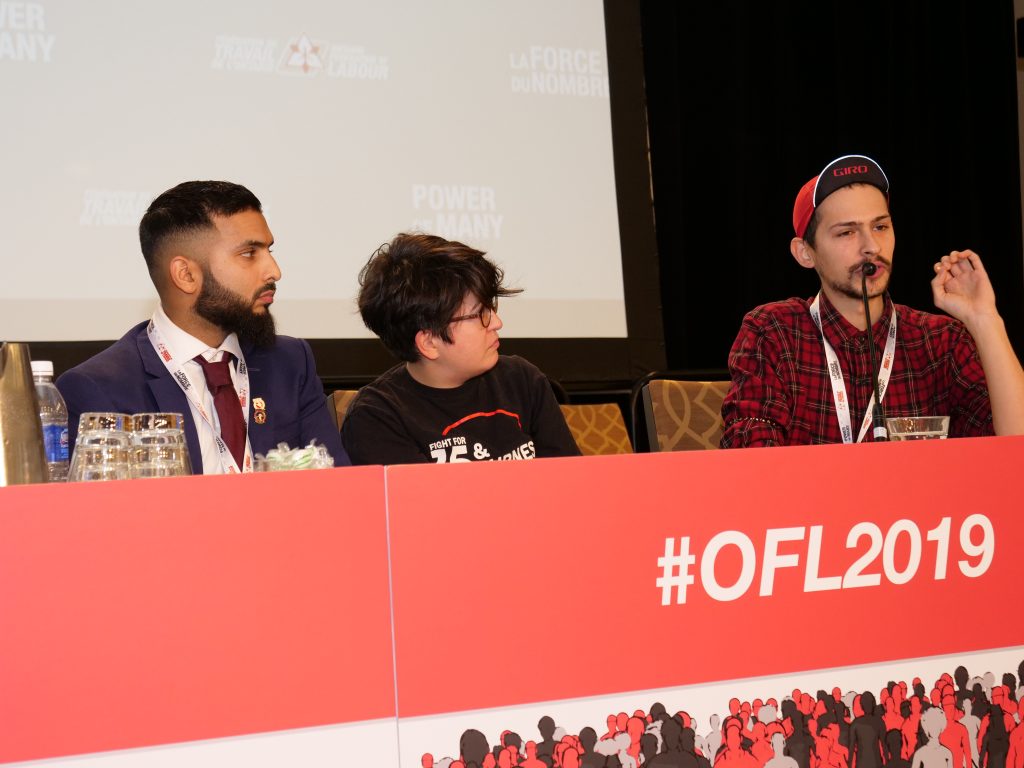 Joseanne Job, OFL Vice-President of Young Workers moderated a forum on Monday afternoon, titled Young Workers’ Powering the Future of Decent Work at the Power of Many Convention.

“The gig economy is not new. What is new is the technology that is being used to control that subvert workers,” said panellist Ivan Ostos. “We need to elevate gig workers so they’re not just ‘the guy who picks me up in my Uber.’ That person is a WORKER.”

The term “gig economy” was coined to describe the general workforce environment in which short-term engagements, temporary contracts, and independent contracting are commonplace. Increasingly, the gig economy operates on technology platforms that aim to connect workers looking for flexible work arrangements with the companies who need them in a centralized location, such as an app or website.

The panel also spoke about the power of the union and a collective need to take a stand against right-to-work legislation, a labour law currently enforced in the United States that prohibits employees in unionized workplaces from negotiating contracts. The contentious legislation also requires all members who benefit from the union contract to contribute to the costs of union representation.

“We need to make everyone aware that right-to-work legislation is union busting,” said Job.

“A union is a community of workers standing-up for their rights,” added Ostos. “We must embrace this again in order to eliminate any chance of right-to-work legislation being introduced in Ontario.” 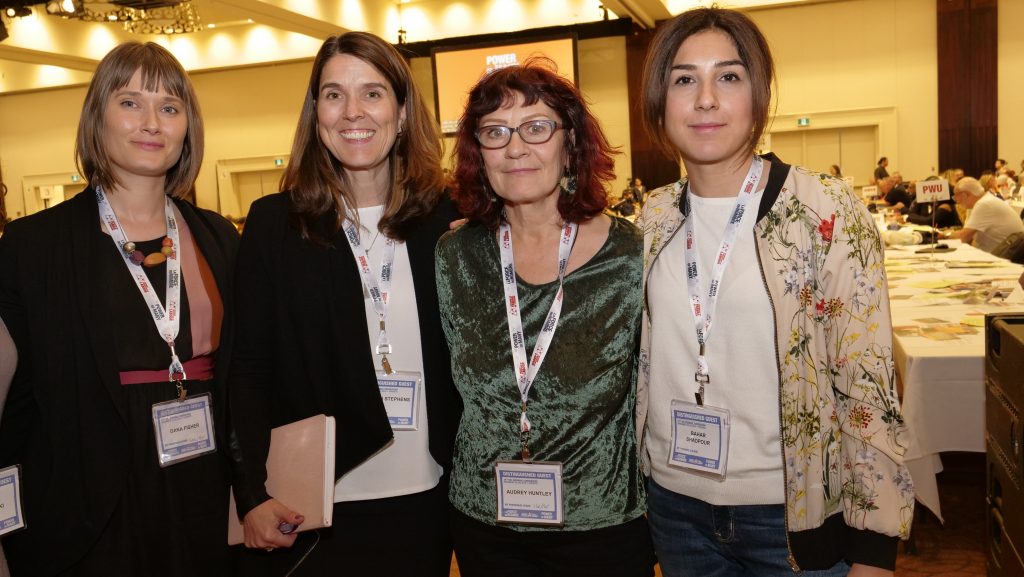 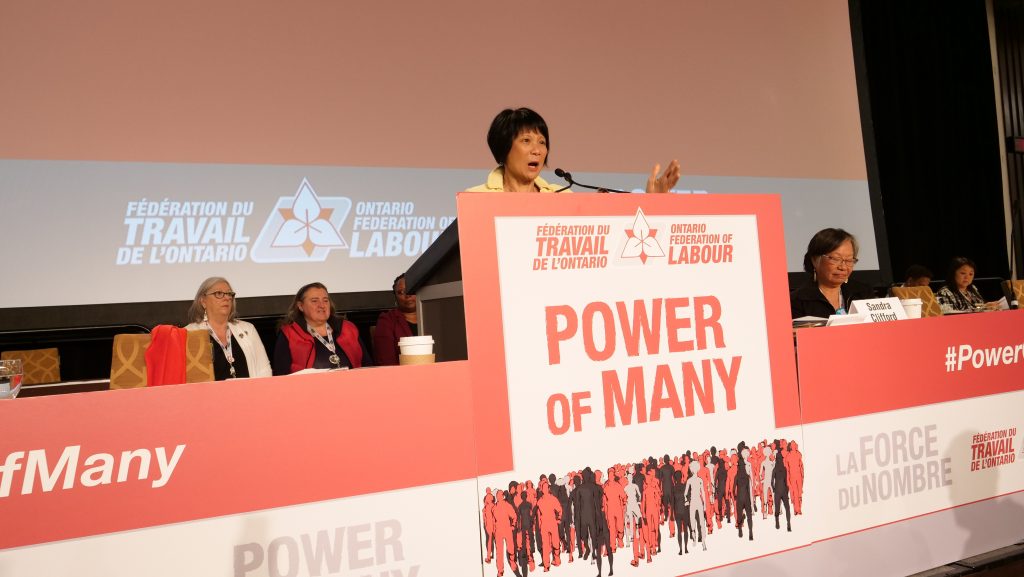 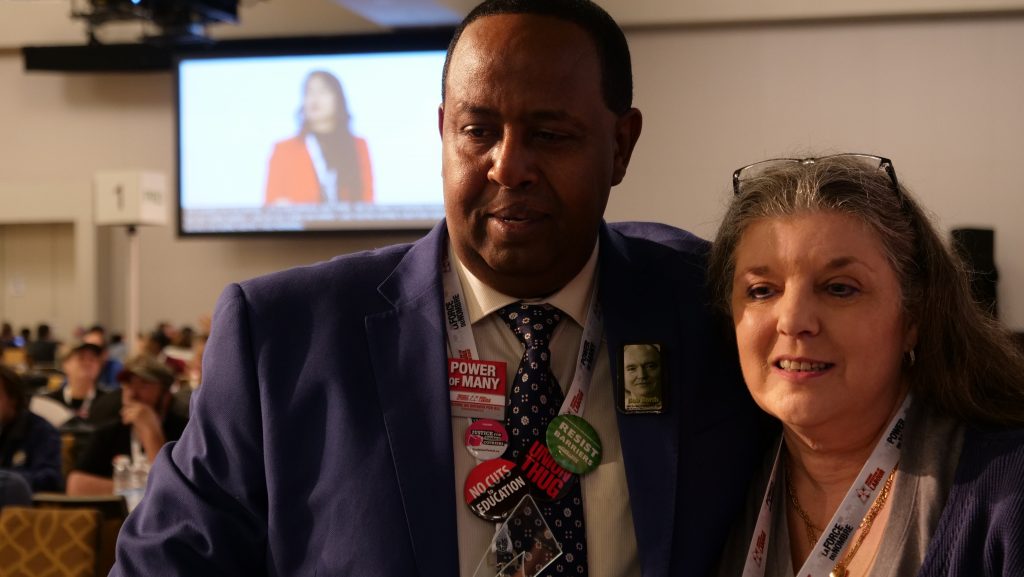